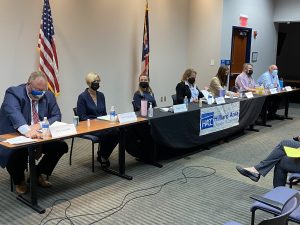 Candidates Night for Hilliard City Council was held on September 21, 2021 with all seven candidates attending.  Questions were asked of the candidates and their responses are captured in this video.

September 1, 2021 - Ohio Governor Mike DeWine announced yesterday that the State of Ohio has initiated the repayment of nearly $1.5 billion borrowed from the federal government to pay unemployment benefits to eligible Ohioans during the pandemic. This repayment will prevent future tax increases for Ohio employers that would have been needed to pay off the loan.

Repayment of the loan to the United States Treasury is being paid in its entirety with funds from the American Rescue Plan Act (ARPA). Had the $1,471,765,771.37 loan not been fully paid by Sept. 6, the federal government would have charged 2.2777% interest on the debt, which would have led to increases in unemployment taxes for Ohio employers.

“I'm not willing to let our employers bear the unemployment debt burden caused by the pandemic. By repaying this loan in full, we ensure that Ohio businesses won't see increases in their federal unemployment payroll taxes,” said Governor DeWine. “Without this added tax burden, our employers can invest more money into their businesses and hire more staff. I’m grateful that we were able to work with the legislature to use this federal recovery money to avoid further hardship for Ohio’s businesses.”

Governor DeWine recommended to the Ohio General Assembly in April that ARPA funds be used to repay the loan before the accrual of interest to prevent the increase in unemployment taxes. The General Assembly included the repayment provision in House Bill 168, sponsored by Rep. Mark Fraizer (R-Newark) and Rep. Mike Loychik (R-Bazetta), and Governor DeWine signed the bill into law on June 28, 2021.

“Paying off this loan will reduce the cost of hiring for Ohio employers, especially small businesses that can’t easily assume the additional cost,” said Lt. Governor Jon Husted. “When we make it less expensive to put people back to work, it creates more jobs now and for years to come.”

“I would like to thank Governor DeWine for his leadership on this important issue,” said Ohio Chamber of Commerce President and CEO Steve Stivers. “Punctually paying off the unemployment loan prevents a 50 percent increase on Ohio employers' federal unemployment payroll taxes in 2022 – totaling an estimated savings of over $650 million for employers over the next three years.  It goes without saying but this would have been a debilitating increase for many Ohio businesses.”

This fiscally conservative strategy to repay Ohio’s loan and prevent tax increases is in stark contrast to the approach used to repay Ohio’s unemployment loan resulting from the economic downturn in the late 2000s.

“During the previous recession, Ohio borrowed funds through another federal loan to cover unemployment payments, and was forced to pay more than $258 million in interest over time,” said Ohio Department of Jobs and Family Services Director Matt Damschroder. “By repaying this loan and avoiding interest, we are strengthening Ohio’s economy which is good for employers and employees alike.”

“There is an economic development benefit to using federal dollars to pay back unemployment borrowing. By doing this it shows Ohio cares about the small business community by preventing them from paying an unfair penalty on their unemployment insurance premiums that they had no control over. This will give Ohio an advantage over states that chose not to do so. We want to thank Ohio Governor Mike DeWine, Lt. Governor Husted, and the legislative leadership for providing this meaningful relief,” said Roger Geiger, Ohio executive director of the National Federation of Independent Business.

Repayment of the loan began on Monday and requires several cooperative steps between the Ohio Department of Job and Family Services and Ohio Office of Budget and Management (OBM). These include certifying the debt by OBM and transferring the funds by OBM to the Ohio Unemployment Insurance Trust Fund. The final transfer from the Ohio Treasurer to the United States Treasury is expected to be complete by today. 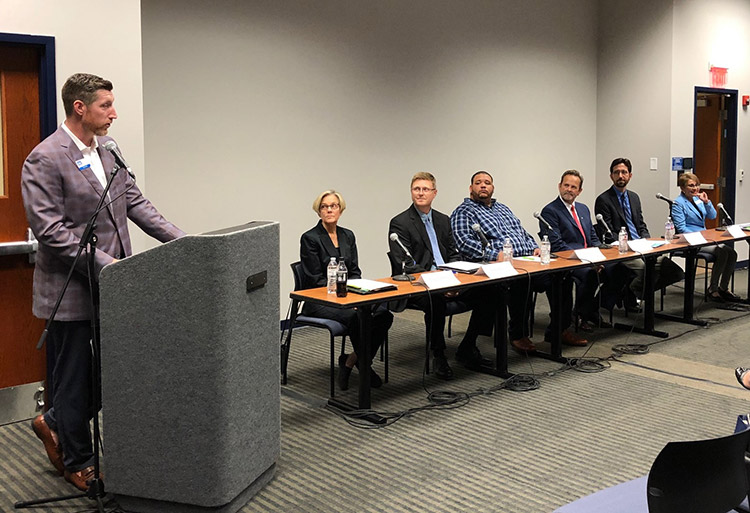 The Chamber provides a community for your business to grow and prosper. That means staying on top of legislative issues that impact your Hilliard area business at both the state and local government level.

The Chamber’s strong relationships with elected officials allows for open communications to impact policy and regulations. We take input from our membership and act quickly when a voice is needed to advocate for favorable legislation for Hilliard businesses.

The Chamber hosts roundtables and meetings to tackle relevant issues on an as-needed basis. Here are the recent Chamber-led activities on behalf of our business community.

Your Chamber at work 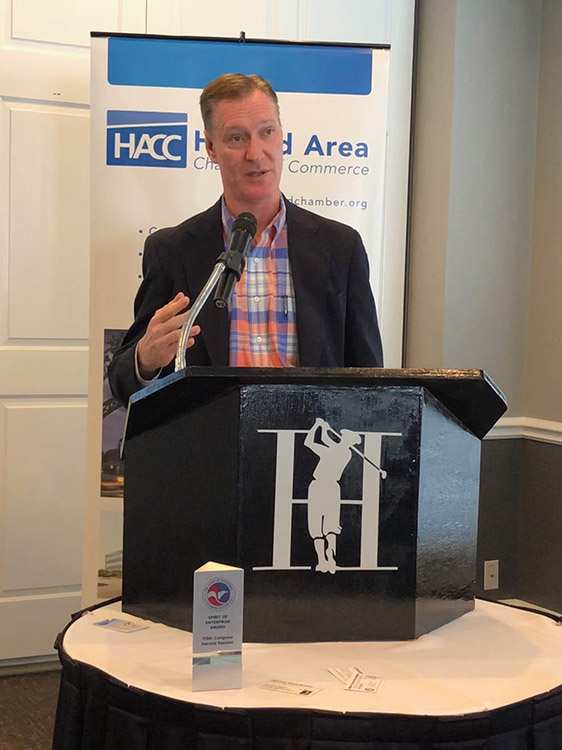